Back in March, we recounted the amazing story of pastor and part-time miner Emmanuel Momoh, who extracted a 706-carat diamond from the sediment of a Sierra Leone riverbed using his bare hands and a sieve. 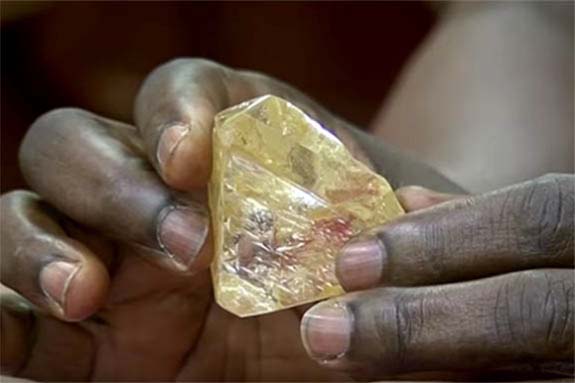 The shimmering yellowish specimen, which is slightly smaller than a hockey puck, is considered to be one of the 20 largest rough diamonds ever recorded.

As is required by Sierra Leone law, Momoh handed his lucky find over to the government and will be entitled to a portion of the final sale. But when the government put the diamond up for bid this past May, the highest offer of $7.7 million failed to meet the undisclosed reserve price.

Now, the 39-year-old pastor and a contingent from Sierra Leone's National Minerals Agency are visiting the international diamond center of Antwerp, Belgium, in search of a suitable buyer with deeper pockets. The team from Sierra Leone was set to meet with sales agents, auction houses and potential buyers. 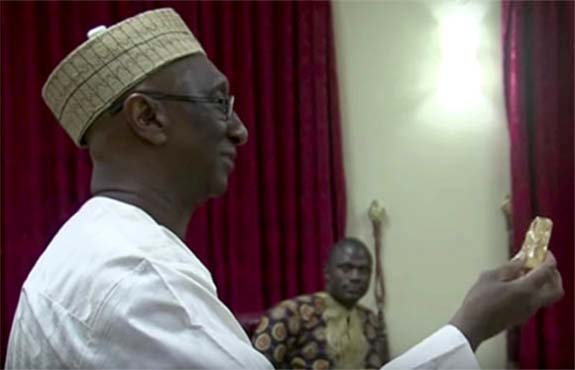 The recent sales of two mammoth diamonds may offer a hint as to what Momoh's diamond will fetch on the international market.

Just last month, the 1,109-carat Lesedi La Rona — the second-largest gem-quality rough diamond ever found — was sold to British billionaire and diamantaire Laurence Graff for $53 million. In May of 2016, the 813-carat diamond named Constellation sold for $63 million.

The government's portion of the proceeds is earmarked to fund development projects throughout Sierra Leone.

Momoh discovered the 706-carat diamond along a river in the diamond-rich area of Kono. While diamonds are usually found within kimberlite pipes, over time, the pipes can be eroded by rivers and the diamonds will be washed downstream. It is extraordinarily rare to find an alluvial diamond that weighs hundreds of carats.